I recently hung out with writer, stand-up comedian, comic book artist, and assistant editor of PLOTS WITH GUNS, Erik Lundy. Between drinking whiskey and making fun of people, we talked about his stories, his jokes, and his affection for Mark Twain.

The Adventures of The Lundy - Origin issue

GOT PULP? - For those reading this who don't know much about you, give the audience a brief history of Erik Lundy. Where you were born? Where did you go to school?

The Lundy [AKA Erik Lundy] - I was born a poor white child in Salem, MO, living on a dirt road 6 miles outside of town. I drank paint thinner when I was two, so that probably explains some of my creative choices. I was a shy kid, drawing comics, writing stories, just about anything I could scratch into a notebook to avoid talking. I moved to Springdale, AR a little later, went to the U of A in Fayetteville a couple years, then graduated from the University of Missouri in Kansas City with an art degree and a buncha uber-useful classes in lit and film theory.

Drawing comics kind of got me interested in directing, and I decided to forego grad school at Florida State to move to LA. I kicked around there for ten years, writing jokes for comedians, working in animation, making websites, optioned a couple TV shows. And, doing a lot of standup, of all things. As the former shyest kid in the room, I’ve always been proud of being able to do The Hollywood Improv.

I got to do some amazing stuff in LA, grow as a person and an artist, and meet some of my best friends. But, after the writer’s strike, The Biz changed. And, honestly, LA is also a place where you can work REALLY hard at getting nothing done. About the same time, I started getting back into comics, as well as writing and publishing short stories. (Including my first accepted story, over at Plots With Guns http://j.mp/9gEiFt) Basically, just making stuff that I could for the most part finish myself. It’s DEFINITELY not all good. But, it’s a great feeling to make something that lives and breathes in the world rather than it just sitting on a hard drive waiting on the permission of agents and execs.

So, back in March, I wiped everything outta my life that wouldn’t fit in the Acura and peeled off back to KC to live on the cheap, be close to family, and make stuff. All of which can be found over at www.eriklundy.com. (PLUG!)

GOT PULP? - Rather than finish grad school at Florida State, you went to Hollywood instead. I'm sure you've had memorable experiences, but do you have any regrets? How would things have been different if you'd went to Florida State?

The Lundy - Other than the jalapenos on my sandwich today, I don't really have any regrets with anything in life. It's a waste of energy that won't affect anything anyway. If I'd went to grad school, there's the chance that I'd be directing or screenwriting now, and there's also the chance that I'd have gotten some north Florida broad pregnant and be fixing gas station security cameras. (Or, more likely, nude modeling.) Plus, I probably wouldn't have ever done standup then, and don't think I'd have the confidence to do some of the things I do now.

GOT PULP? - As a shy kid from a very small town, what was it like to do your first stand up gig out in California? How nervous were you?

The Lundy - My first gig was at a small place in North Hollywood. I brought one friend with me, I think to make sure I couldn't bail. I was terrified. I don't know how I got through it. I used to drive all the way to gigs, I'm talking 45 mins each way sometimes, get nervous and go home. Nausea, sweats, pre-game diarrhea.

A while back, I found one of my early tapes, and I remember I thought I'd destroyed that night. But, looking at the tape, I couldn't believe how 1. quiet I was, and 2. how I just stared at my shoes.

GOT PULP? - As a comedian, your job is to make other people laugh. What makes you laugh? What's your idea of funny?

The Lundy - As I've gotten older I've started separating clever and funny. I think the difference is the honesty involved. When I see a clever for the sake of clever joke it brings me out of the moment and makes me think, "No you didn't do that." The equivalent in writing might be shoving a plot onto a character versus allowing a character's actions to form the plot. Two of the most honest and funny guys on the planet are Bill Burr and Louis CK. There's not a word in their set that they don't believe.

As for stories, unwarranted hubris. I also love small time stuff. Like, I love the guy who thinks two hundred bucks will change his life, but the option in his head is cashing in pet life insurance rather than working a weekend at the pizza shop.

I'm pretty scatological, too. And I can watch monkeys doing people stuff all day.

GOT PULP? - What age did you begin drawing and what kind of things would you draw?

The Lundy - I hate stories where a dickbag pinpoints an exact moment of a revelation. “I was laying on the beach when the second tower went down. That’s when I decided the world needs my comedy!” But, I’m gonna be that dickbag to an extent. When I was probably 10’ish, I was laying on my gramp’s floor copying a Colossus pinup from Classic X-Men by a great KC guy named Steve Lightle. (I’ve never made this connection, but I own the original art for this pinup.) My gramps was digging what I was doing, and he was my hero when I was little. The guy could drive a tractor, cut down trees, and fart longer than a successful rodeo ride. So, positive reinforcement from him had to make something click in my brain.

GOT PULP? - You also draw comics. Tell us something about that.

The Lundy - To go back to regrets, the closest I have is that I gave up drawing comics for ten years. My brain works in words and pictures. Then again, I was doing different stuff and may have burned out and sold real estate. Plus, I’ve learned a billion things that I hope help my comics. 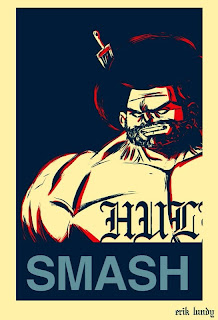 About the time I was most frustrated in LA, I went to San Diego to meet folks and pitch. However, and this is something I’ve come to respect about comics, you have to do the work MAKING comics to be considered. So, I took a great class at Meltdown Comics in LA a year ago and have been putting the work in ever since, making web comics and trying to grow. And, publishing crime fiction stuff in our little world, which has a lot of crossover with comics. Two of my heroes are Duane Swierczynski and Victor Gischler.

Any artist with one eye will confirm this – I’m not that good of an artist. This isn’t an insecurity. It’s a fact. I can draw well enough, and Photoshop backgrounds, to get my stories out in the world. But, I’d gladly write for a slew of more amazingly talented artists to add to. However, I feel if I only write, the fact that I’ve learned what I’m asking of an artist has been a positive and humbling experiment. No, “Hey, do a fourteen panel fight page with eleven characters in each.”

My comics are pretty goofy. Little crime stories like smalltimerscomic.com, strips at myworldcomic.com, and a retarded redneck bounty hunter/superhero series at theknucklesammich.com. My goal is to get my own characters in print, as well as tinker with my favorite existing characters. It’d be a dream to put words in the mouths of Wolverine or the Hulk.

Another thing I’d like to mention is the sheer supportiveness and positivity of comics. Folks aren’t as worried about someone taking their gigs as they just want to see great comics.

GOT PULP? - Let's change gears. What was your first car? What ever became of it?

The Lundy - 1985 Chevy Celebrity. White. I once pegged it out at 85 outrunning a tornado's funnel cloud between Joplin and Arkansas.

It met its Demise head-on with a Chevy half ton truck, when I trusted some hosebag in a Civic waving me out for a left turn from the Fayetteville Hastings parking lot.

GOT PULP? - What's the craziest thing you've ever done?

The Lundy - I'm pretty stable. My stories skew more stupid than crazy. Like the second time I maced myself. (The first time was an accident.)

GOT PULP? - [Having experienced this myself, I can verify being maced is quite unpleasant] Let's talk about your writing. What kind of stories do you write? Where can this audience find a taste of your work?

The Lundy - I'm WAY more Raizing Arizona, than No Country For Old Men. Every time I try writing something completely "serious," I see a joke and can't help being a wiseass. A friend was once told that his characters, "shoot for the lowest star," which I think is a beautiful quote. I also like writing rural stories, since I have a point of reference geographically and for characters. I love redneck dialogue. Like the Irish, they can turn a phrase. I'll probably write something based in LA some day, but I'm sure it'll be some goofball redneck doing dirt in the city.

I've got a few stories online at Plotswithguns.com, the latest issue of Crime Factory, and Southern Fried Fiction. And, a semi-retarded road novella on Smashwords (Also on the Nook and iBook store), which was a script I dorked with for years, and I just wanted to get it out in the world and never touch it again. (Links on eriklundy.com)

GOT PULP? - Telling jokes, drawing comics, writing stories, how do you find time for anything else? Describe a typical day in the life of The Lundy.

The Lundy - Umm, I'm a bit of a workaholic and an insomniac. I have my day gig, then head to the gym, then home to write or draw. An hour of TV to decompress before bed. I haven't been doing as much standup since the move, which frees up time. Currently, I'm single (laaaadies?), and a relationship changes thing, obviously. And, part of the reason for moving back to KC was to be with my family more. So, I make sure to make time for that. I force myself to block out my goals at the beginning of each month, focusing on one thing at a time.

GOT PULP? - If you could bring back one pereson from the dead who has influenced you and have breakfast with them at Denny's, who would it be?

The Lundy - Without a doubt, Mark Twain. One of the funniest, meanest sonsabitches to ever live. Plus I'd love to get a pic of him with gravy in that mustache. 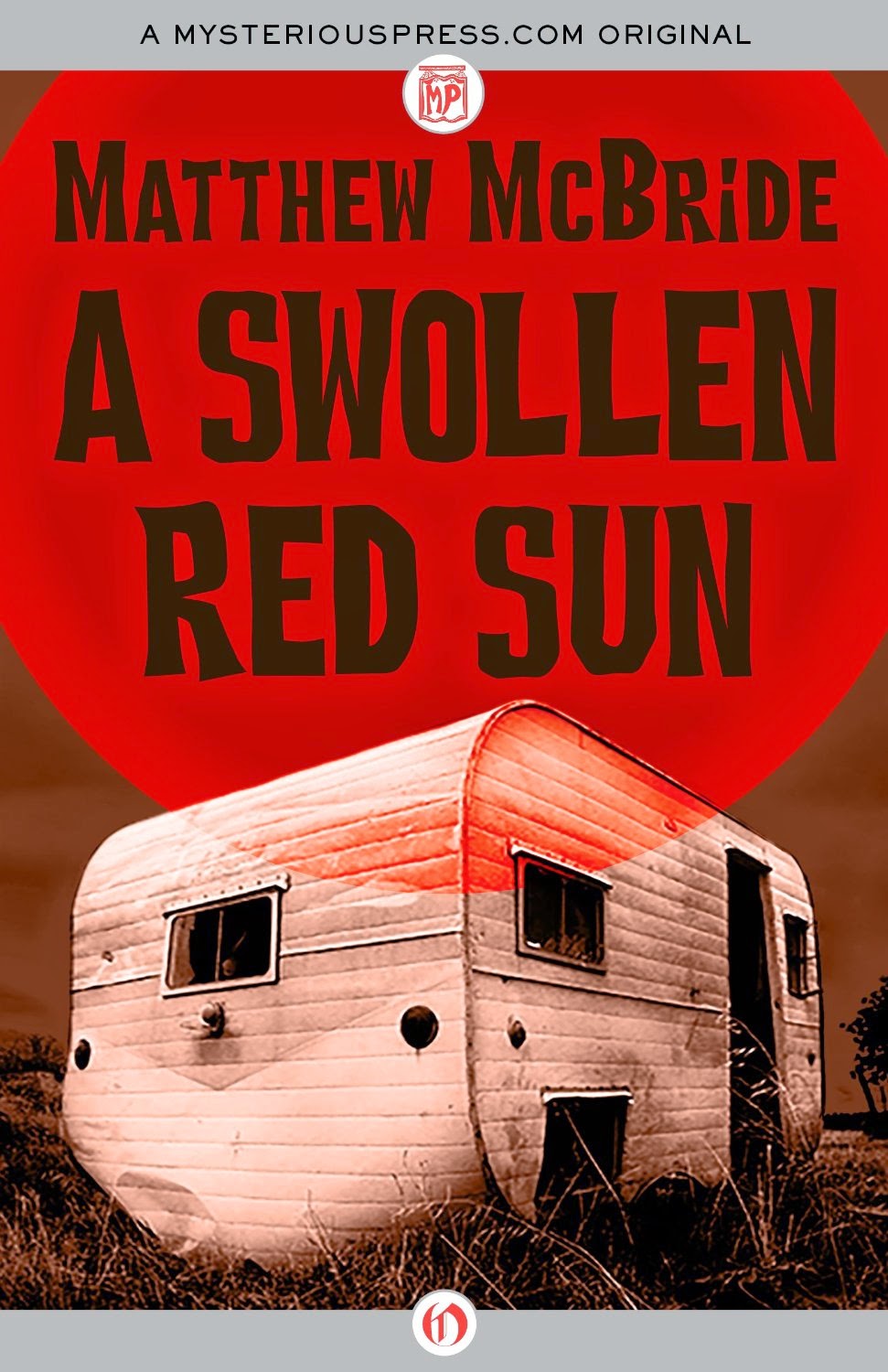 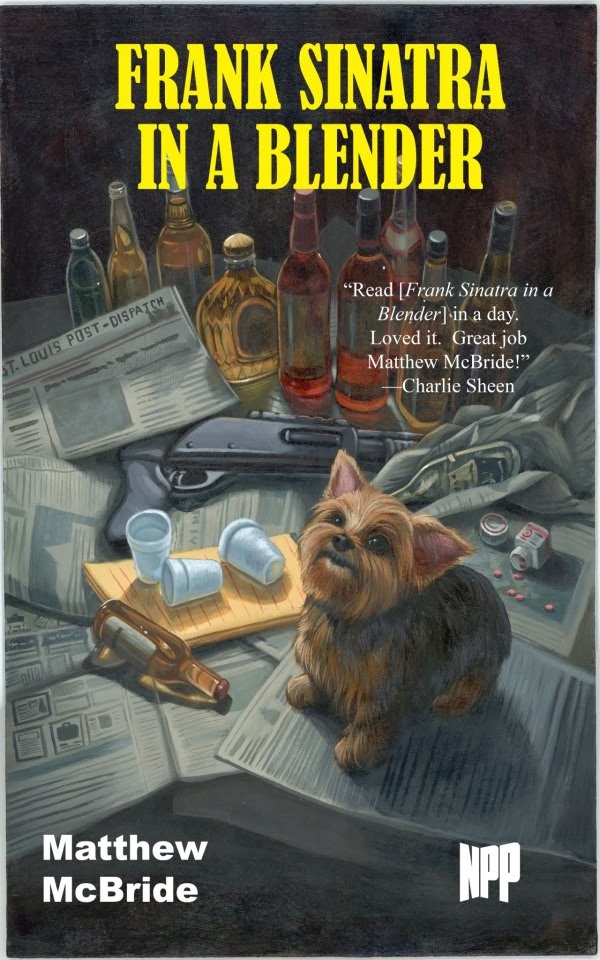 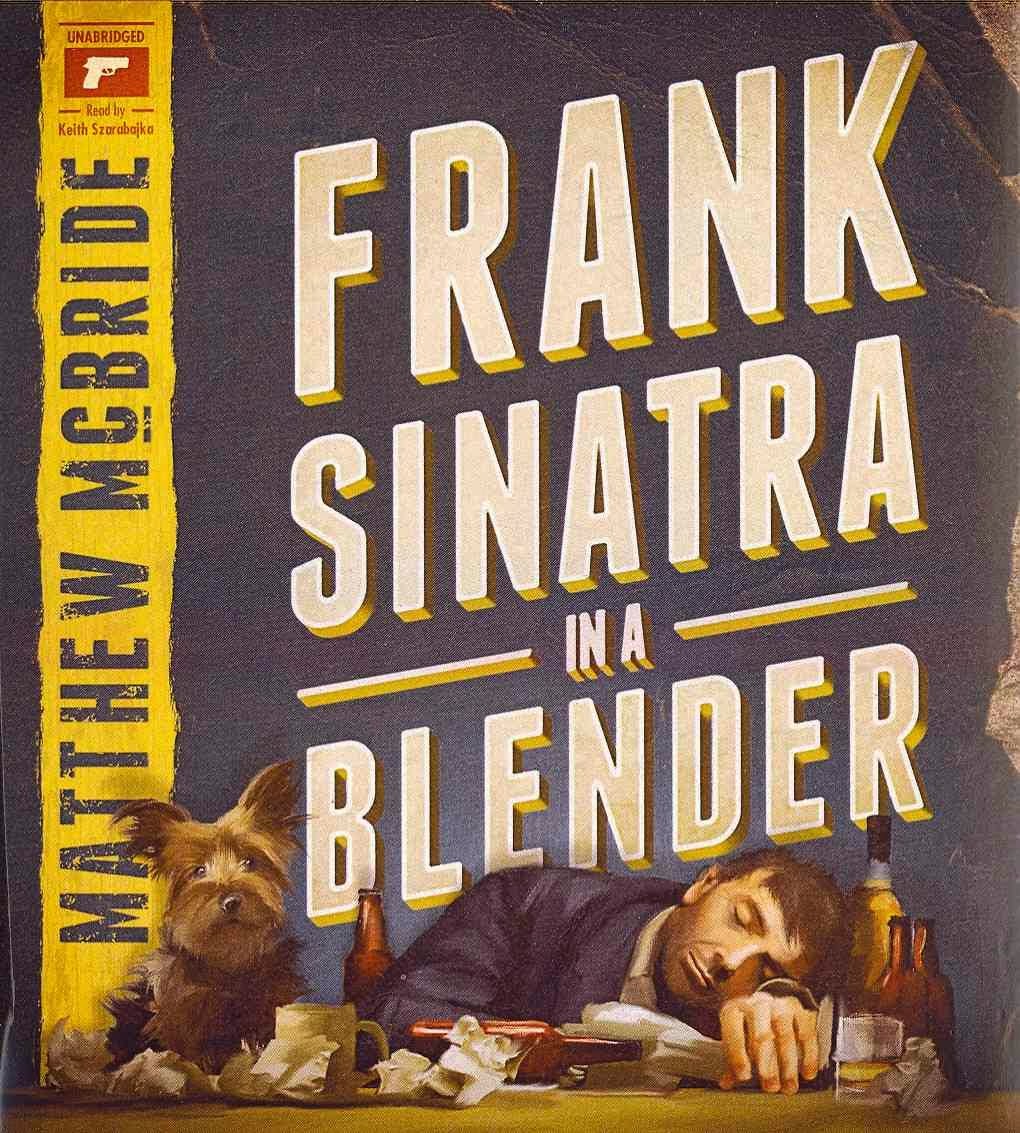 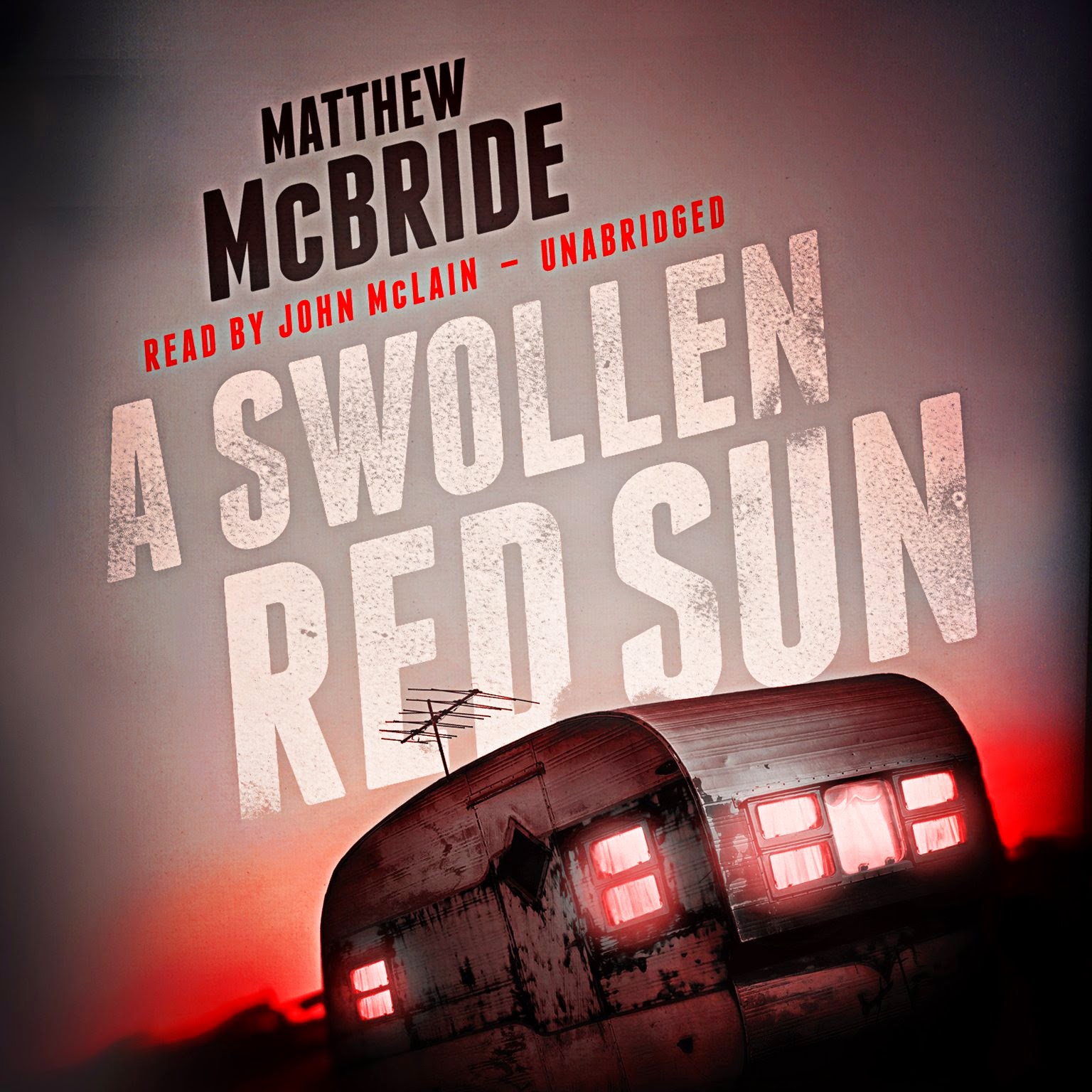 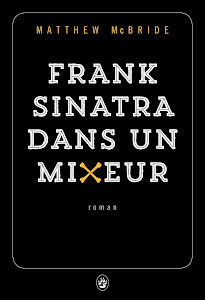 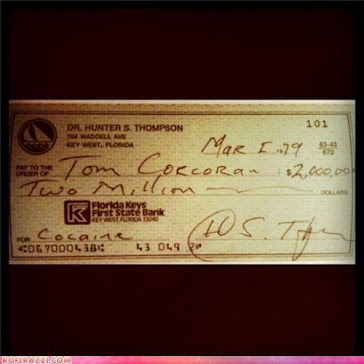